Replying to certain rumors and media comments dealing with the approval of the Program of Studies and Statutes of the John Paul II Pontifical Theological Institute, we issue the following corrections and clarifications:

■ The approval of the Institute’s twofold academic degree (Licence and Doctorate in Theology of Marriage and the Family and in the Sciences of Marriage and the Family) clarifies that there is a specifically theological character to Institute research but that it is conducted in conjunction with other branches of science which study marriage and the family. Furthermore, this double path conforms more precisely to the requirements of the Bologna Process, which ensures comparability in the standards and quality of higher education in European countries.

■ As part of a strengthening of the Institute’s theology course offerings, moral theology, far from being minimized, has been given a new and more specific emphasis, as evidenced by the twofold offering of Moral Theology of Marriage and the Family together with the Theological Ethics of Life. On the other hand, the course known as Fundamental Moral Theology is no longer part of the Institute’s curriculum simply because it is already required in the “First Cycle” of theological programs, and completion of the First Cycle is a prerequisite for acceptance into the Institute. (Statutes, Article 3).

■ The academic plan of the new Institute, which has now been approved by the Congregation for Catholic Education, is actually an enlargement of reflection on the family, not a replacement of some themes and topics for others. This approach, which emphasizes even more strongly the centrality of the family in the Church and in society, confirms and re-presents with new vigor the original and still fruitful intuition of Saint John Paul II.

■ In this context, the rumors that the Karol Wojtyla Chair will be eliminated and that its Director, the eighty-five year old Professor Grygiel will be fired are completely false.

■ Equally false are reports that 150 students have written a letter protesting the new developments at the Institute. To date (June 29th), the Institute’s authorities have received only one letter. It was from representatives of the students in the Licence and Master’s programs and it simply requested information about the changes. Also contrary to what is rumored, all the students were promptly informed of the approval of the new structure and were assured, in accordance with Article 89 of the Statutes, that the old programs will remain in effect for three years. All students will be able to choose between the old and the new structures and will be given time to formulate new study programs if they choose.

■ The approved Statutes sets forth in detail the roles of the Institute’s several academic authorities, beginning with the Grand Chancellor, to whom precise duties have been assigned, as provided in the governing Apostolic Constitution Veritatis Gaudium. The rumor that he has arrogated to himself all authority is completely false. For example, unlike in the past, the appointment of new permanent faculty can only be made as a result of a public competitive process. (See Art. 24).

■ The dissolution of the predecessor institution and the beginning of the operations of the new, required that, pursuant to Art. 90 of the Statutes, the faculty’s employment in the old Institute came to an end, to be followed by appointments in the new Institute—professors in the first instance and the other academic positions in the coming months. Since the Institute’s appointing body, the Council, has not yet been named, the first appointments will be made by the Grand Chancellor and the President, as an exception to the rule that will be followed in the future. As this process began, it was noted that Professor Noriega as Superior General of a religious order, was not eligible to be named to a tenured position (as provided in Canon 152 of the Code of Canon Law, and in Art. 29 of Veritatis Gaudium, as codified in Art. 31 of the Statutes). In addition, since, as explained above, the new Institute will not be offering a course in Fundamental Moral Theology, Professor Melina, the Institute’s esteemed former President, will not have a tenured position. Of course, the rights of these two professors in this transition process will be fully respected.

■ For economical and organizational reasons, and taking advantage of some synergies with the Pontifical Lateran University, a certain number of seminars and ancillary courses will not be offered in the coming year. This has resulted some teaching positions not being renewed at this point, but all the individuals involved have been informed of the possibility of appointments in future years based on the fact that some ancillary courses are offered on a cyclical basis.

■ Rumors concerning the termination of administrative employees of the Institute are completely false. They continue in their service, which has been quite stressful in this time of change, and we express our gratitude to them for all their work over these past weeks.

The corrections provided in this press release have been made necessary by the spread of distorted, biased communications, sometimes the result of bad faith, which have often been released without any attempt to confirm them with the Institute. We would like, however, to thank all those journalists who, even though they might have legitimate criticisms of certain choices, have tried to report on the Institute changes honestly. The Institute Press Office is always available for clarification and information. 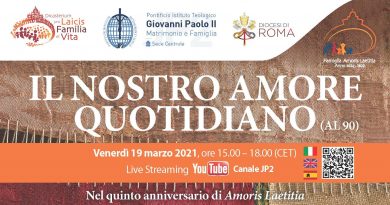