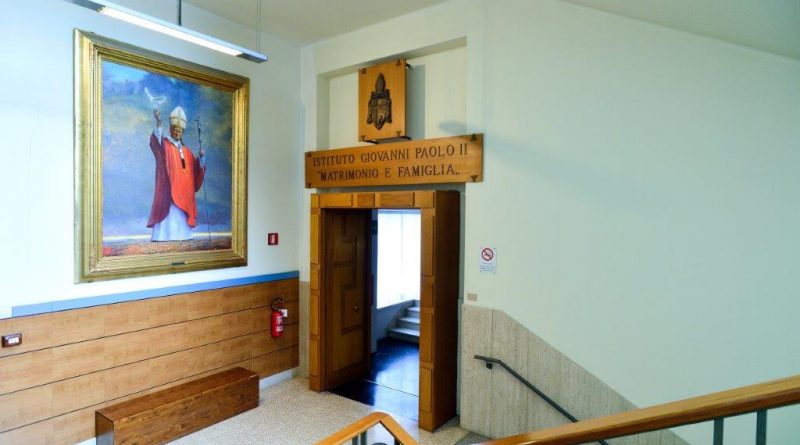 The new Institute shall constitute, within the range of the Pontifical institutes, an academic centre of reference in the service of the mission of the universal Church, in the field of sciences regarding marriage and the family and with regard to themes connected to the fundamental covenant of man and woman for the care of generation and creation.

The Pontifical Theological Institute “John Paul II” for Marriage and the Family Sciences was founded by the Apostolic Letter in the form of a Motu Proprio of Pope Francis Summa familiae cura of Sept. 8, 2017. This Institute succeeds and replaces the Pontifical Institute “John Paul II” for Studies on Marriage and Family, established by the Apostolic Constitution Magnum Matrimonii Sacramentum of 7 Oct. 1982.

The Grand Chancellor of the Institute is Most Rev. Vincenzo Paglia, and its President is Prof. Pierangelo Sequeri.

On July 11, 2019, the Congregation for Catholic Education approved the Statutes of the Pontifical John Paul II Theological Institute as well as the Order of Studies.

The Institute is divided into a Central Session in Rome, seven extra-urban sessions in the United States (Washington D.C.), Mexico (México D.F., Guadalajara and Monterrey), Spain (with two sessions in Valencia and Madrid), Brazil (Salvador), Benin (Cotonou), India (Changanacherry, Kerala) and Associated Centers in Lebanon (Beirut) and the Philippines (Bacolod) as well as with an online teaching site in Spain (Murcia). A project of cooperation is underway in Nairobi (Kenya) under the patronage of AMECEA.

The international structure of the Institute facilitates the mobility of faculty and students, for an education that is sensitive to cultural and global challenges.