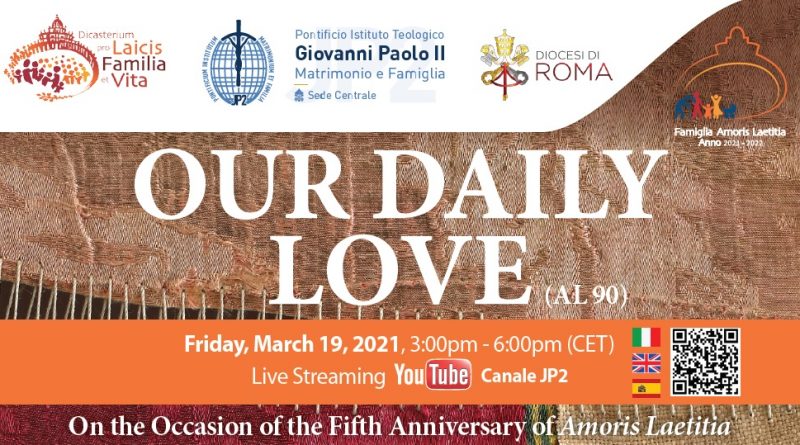 Our Daily Love: this is the name of the online event organized for March 19 by the Dicastery for Laity, Family and Life, the Diocese of Rome and the Pontifical John Paul II Theological Institute to open the year dedicated to the family on the occasion of the fifth anniversary of the publication of Amoris Laetitia.

The beginning of a path rather than a celebration: the apostolic exhortation, according to the promoters, in fact possesses a wealth yet to be discovered and the March 19 event – which will be broadcast online on the channels of the three entities – represents a summons to future work.

“The Pope’s provocation wants to set the whole Church in motion” explain the organizers, who intend to offer a contribution capable of marrying pastoral and theology in view of the World Meeting of Families scheduled to take place in Rome in 2022.

The event is divided into two online meetings open to all, at 3:00 p.m. (On the fifth anniversary of “Amoris Laetitia”) and at 4:30 p.m. (Theological Insights) transmitted via live streaming on the John Paul II Institute’s YouTube channel and on the platforms of the three promoters.

The first meeting, which will culminate in a message from Pope Francis, will feature Cardinal Kevin Joseph Farrell, prefect of the Dicastery for Laity, Family and Life; Cardinal Angelo De Donatis, the Pope’s vicar for the Diocese of Rome, and Archbishop Vincenzo Paglia, Grand Chancellor of the Pontifical John Paul II Theological Institute, with talks by Pierangelo Sequeri, dean of the Institute, and married couple Giuseppina De Simone and Franco Miano, who participated in the Family Synods.

The second part of the afternoon will be more academic in nature and will include presentations – coordinated by theologian Giovanni Cesare Pagazzi – by Nuria Calduch-Benages of the Gregorian University, Antonio Pitta of the Lateran University, Vincenzo Rosito of the John Paul II Institute and Bishop Dario Gervasi, auxiliary bishop of Rome and delegate for family ministry.

The year dedicated to the family on the fifth anniversary of Amoris Laetitia was called by Pope Francis on December 27, 2020, to mature the fruits of the post-synodal apostolic exhortation and make the Church closer to families around the world, tested in this last year by the pandemic.

The year, coordinated by the Dicastery, will end on June 26, 2022, with the tenth World Meeting of Families: the reflections that will mature will be made available to ecclesial communities and families, to accompany them on their journey.

“The covenant of man and woman, which envelops history and the human condition,” explained Pierangelo Sequeri, “pivots on the family, but it goes beyond its family grammar: The Christian vocation is to bring this covenant to the places of politics, economics, law, care and culture”. 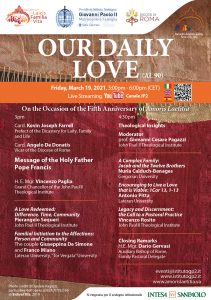 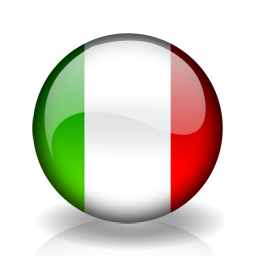 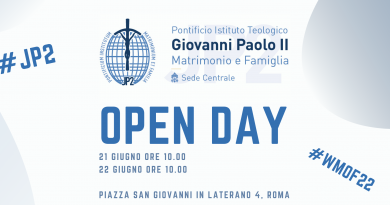 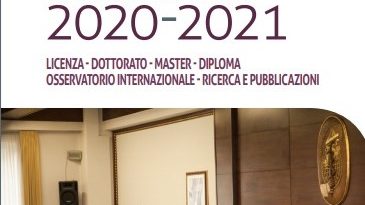 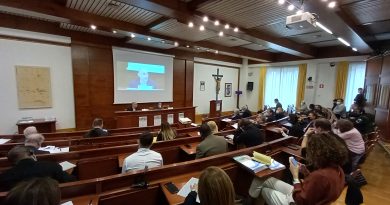 Living beyond the limits of one’s own home. Family, community, fraternity